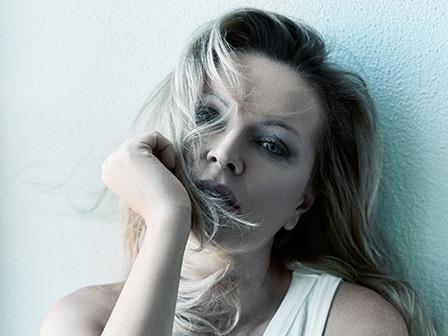 ANNA MARIA JOPEK - vocalist, songwriter, improviser, a passionate visionary, Anna Maria Jopek’s style is a fusion of improvisation, Polish traditional sounds, and European classical music. Born into an artistic family – Anna Maria’s grand grandmother and father were accomplished singers. She was literally raised backstage – in the concert venues and in the dressing rooms of legendary Polish folk group “Mazowsze”, where her parents performed.

Currently working on a new concerts project called “Przestworza” [The Expanses]. In March  she starts her tour  in Poland’s most beautiful concert venues.

For the past few years Anna has been experimenting with various stage forms.

She has  performed in “Czas Kobiety” (A Woman’s Time), the production of Teatr Stary in Lublin, directed by a legend of Polish theatre – professor Leszek Mądzik. The music was written by Anna Maria Jopek together with Robert Kubiszyn.

In 2014, she accepted Song of the Goat Theatre’s invitation to perform in an oratory “Return to the Voice”. They held a series of performances over a month as part of the Edinburgh Fringe Festival, where she was noticed by Michael Hirst, creator of HISTORY’s flagship series ‘Vikings’. The producers offered her to record a song to be featured in the show.