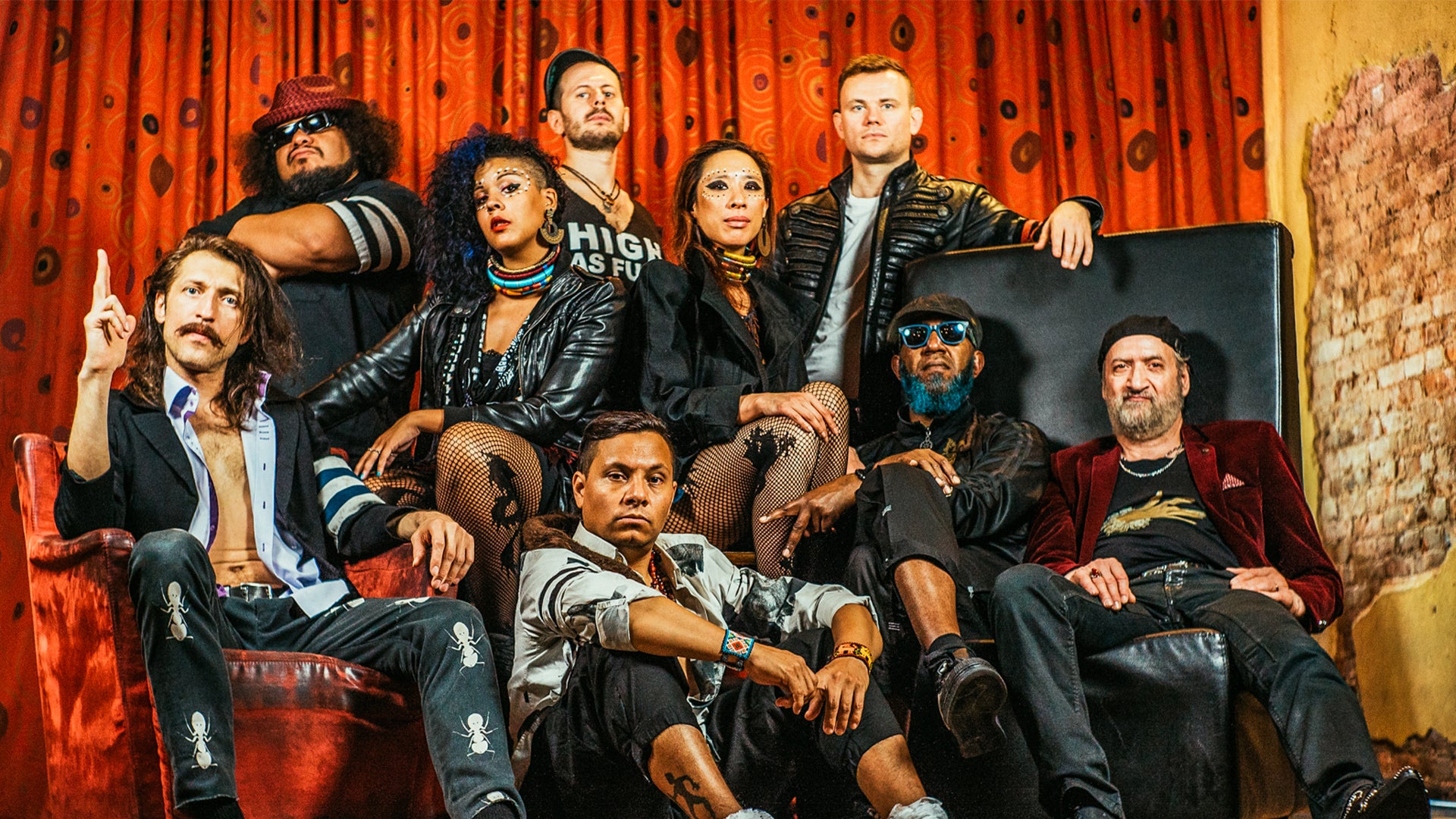 They have released 10 studio albums and played countless concerts around the world.

Gogol Bordello never stays in the same place for long. From its inception, Gogol Bordello has been a band of immigrants, with members hailing from Ukraine, Ecuador, Russia, and Ethiopia. They tour relentlessly. Travel is in their blood.

„Gogol Bordello’s task is to provoke audience out of post-modern aesthetic swam onto a neo-optimistic communal movement towards new sources of authentic energy.

With acts of music, theatre, chaos and sorcery Gogol Bordello confronts the jaded and irony-deceased. Our treatment of traditional material is frewilloos. But is not irony-driven and thus real. Oure theatre is chaotic and spontaneous and because of that is alarming and response provoking. From where we stand it is clear that world’s cultures contain material for endless art-possibilities and new mind-stretching combinations, raw joy and survival energy. We chose to work with Gypsy, Cabaret and punk traditions.

It's what we know and feel. And many more are possible that can make the beloved statement of post-modernism ‘everything is been done’ sound as an intellectual error.

The troubadours of neo-authentic are coming as a trans global art syndicate family that has never been witnessed before. PARTY!”